Kita-Senju is the transition point between Saitama and Tokyo even though Tokyo officially “starts” some stations before. It’s the meeting point of five different lines, the JR Jôban Line, the Tokyo Metro Lines Hibiya and Chiyoda, the Tôbu Isesaki Line and the Tsukuba Express, which makes it perfect to transfer between lines. Even though sometimes one has to walk quite some distances through the underground maze to get to the right place.

When you take the “Every Station”-Train from Sôka you can reach a lot of stations without switching at Kita-Senju, because the Tôbu Isesaki Line automaticaly becomes the Hibiya Line. But because it was already quite late and we didn’t have any breakfast we made a stop to get something to eat. Another japanese dish I really like is tempura (though to be honest, which dish don’t I like? ^^”) and in Kita-Senju is a restaurant from the chain Tendon Tenya which specialises in Tempura. (Tendon is the name for a bowl of rice covered with tempura).

With the beautifully illustrated menues it’s hard to choose just one. Especially when you are hungry and want to bite off more than you can chew 😉 So for me I chose the prettily draped Tempura Menu with miso soup and side dish while my husband chose a Tendon with seafood. (Unfortunately there is no picture to prove it because I could barely hold out till I had taken one of mine ^^”) 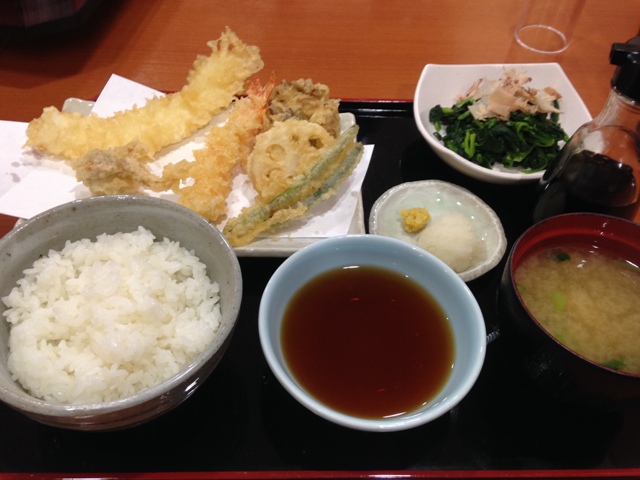 After that we made a short stop at the electronics store in the large department store in front of the station to buy a screen protector. My husband forbade me to take the original foil off before and so I couldn’t even take photos yet. To stop me from complaining he applied it right there and then while I was browsing through the magazine part of the book store. 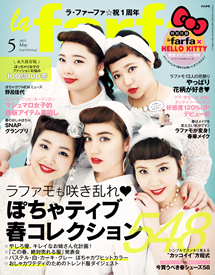 A magazine I was interested in for some time now is La Farfa because it’s a fashion magazine for chubbier girls. As you know I had some concerns regarding my weight before I came to Japan and I wanted to have a look at Chubby-Fashion the way japanese see it. Of course the proportions are different as most japanese women are at least 10 centimeters shorter than me but it was quite interesting to read. Maybe there is hope to find some clothing here after all ^^

I could have sworn that the last time I was in Japan for a longer period I didn’t see more than two or three “larger” Japanese. This time it’s different, but maybe it’s just because I am especially looking for it.

From Kita-Senju we made our way to Harajuku. But not before we took some lovey-dovey photos, because it was in Kita-Senju that my husband proposed (*^o^*)